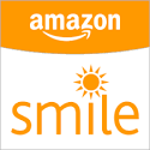 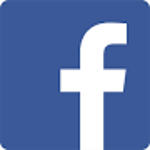 NO FOOD, DRINK OR CELL PHONES ALLOWED IN THE LOCKER ROOMS!

Locker room assignments will be posted on the arena door in the lobby.

The new USA Hockey rule requiring locker room supervision is unfortunately timely. The high school football team hazing incident, however, is only the most recent of such events in Minnesota. And hazing is not the only locker room concern. Innocent rough housing and verbal abuse can be just as damaging to the players. Indeed, some innocent shoving in a New England youth hockey locker room resulted in the player losing his thumb when he grabbed the door to catch his balance. The heavy steel door closed on his thumb.

The USA Hockey rule is simple. It requires that at least one responsible adult be in all hockey locker room at all times when players are present. As always, however, the devil is in the details of execution. Initially, that person may be a coach or some other person. A coach frequently has reason to leave the locker room, and this suggests always having some other responsible adult present. Any person other than a coach should be subject to criminal background screening, just like the coaches. The team can form a group of gender-correct parents, who would be screened and be scheduled so that at least one of them was in the locker room at all times before and after practices and games when the players are there. The designated parent would have to come early and stay late. That parent could also have the locker room key and be responsible for securing the room when the players are on the ice. The parent would have to understand that his or her role is limited to supervision, and that he or she is not an additional coach.

Parents of Mites and Squirts are routinely in the locker rooms before and after practices and games to assist their sons and daughters with their equipment. Implementing the new rule would simply involve having one or more of them come early, remain in the room until the players take the ice, be present when they return, and stay until all players leave the locker room. Older players, of course, do not require such assistance, so the parent would have to come early and stay late on his or her scheduled duty days.

In addition to hazing, rough-housing and verbal abuse, coaches and the supervising parents need to be reminded that many players bring cell phones to hockey practices and games. Sometimes the phone is needed to call for a ride home. Most cell phones, however, include a digital camera. The opportunity for inappropriate locker room photos exists, and our players may not realize the harm such pictures cause when published on the internet. This can be prevented by establishing a team (or association) rule banning cell phones in the locker rooms. The rule can be implemented by having the supervising parent collect the phones when the players enter the locker room and return them when they leave. This team or association rule is another reason for each team to establish a group of parental locker room supervisors.

Quite apart from protecting the players is the issue of protecting coaches. Our society is litigious, and there have been instances where coaches were subject to allegations that they were physically or verbally abusive to a player. If the team arranges for another adult to be in the locker room at all times, an independent witness exists. The parent can verify that there was no abuse, or, heaven forbid, serve as a deterrent and prevent the abuse from happening.

Implementing the new rule will require time and cooperation from everyone. Supervision should not be the coach’s responsibility; for association teams it should be part of the team’s parental duties. Each local association will have to implement the rule for its tryouts, its clinics and its teams, just as Minnesota Hockey will have to implement the rule for its clinics, advanced clinic tryouts, advanced clinics and select teams. The rule originated jointly from the USA Hockey’s Coaching Section and the USA Hockey Risk Management Committee. It was adopted with a near-unanimous vote of the Board of Directors. It is another of the rules designed to protect our players, coaches and volunteers, not unlike background screening and helmets for referees and coaches. Its implementation requires and deserves the assistance of all players, coaches, parents and volunteers.

What would you like to see updated at the rink?